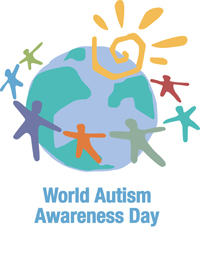 What is Autism? In short, "Autism is a lifelong developmental disability that affects how a person communicates with, and relates to, other people. It also affects how they make sense of the world around them. It is a spectrum condition, which means that, while all people with autism share certain difficulties, their condition will affect them in different ways." (Taken from the National Autistic Society website).
My son Logan received his official diagnosis in September 2010. We had been aware for some time previous to that that he was not your "typical" child. The signs became more apparent as he got older, and things became more challenging - his changing eating habits, aggressive behaviour, needing to keep to a routine, to name just a few. It has taken me some time to come to terms with the fact that he will never have a 'normal' childhood, A.S.D (Autistic Spectrum Disorder) will always have some sort of impact on his life... But I have now accepted it as just another part of him, like that he has blonde hair, and blue eyes... Autism is something that he HAS and not something that he IS. But it is still so misunderstood.
If he was in a wheelchair, or had a disability that you could see, then it would be simpler for people to understand. To the naked eye he looks like a regular little boy. Others don't notice the way he walks, the way he talks, or notice the difference in the things he says or the questions he asks. Or they do, and think he is just 'odd'. Well he isn't odd, or strange, or weird. He simply sees things differently than the rest of us. One of my favourite quotes is by Henry David Thoreau, he said "If a man does not keep pace with his companions, perhaps it is because he hears a different drummer. Let him step to the music which he hears, however measured or far away". All he wants, all I want, is a little patience and understanding. It's not asking for much.
I consider myself very lucky to have been blessed with Logan. Having a child with Autism has opened my eyes to so much, and I love looking at the world with him and seeing all these things I never even would have noticed without him there to show me. He is teaching me, his dad and his brothers & sisters that there is so much more to life than first meets the eye. It's like seeing the world in HD - except I don't need a television.
I get to see it through the eyes of my son. 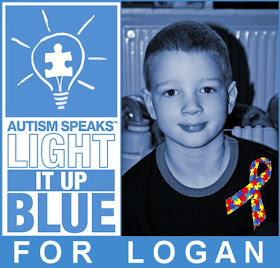