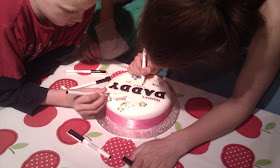 The kids and I were inspired after seeing the idea online, and we set about making a very special work of art for the mister for Father's day. 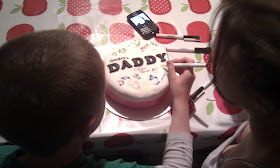 I baked the cake for them (plain vanilla sponge), and iced it with plain white rolled fondant, and and cut out the word 'Daddy' for them, and then bought them some special food colouring pens and let them have at it. Unfortunately I misplaced my red ribbon and he got stuck with pink... 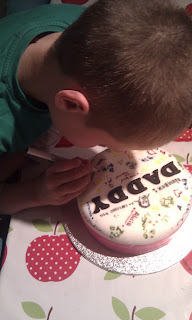 They were really excited to be able to decorate it themselves with whatever they wanted and got stuck in drawing pictures, writing messages and their names and just doing whatever they fancied.

Alicia took great delight in drawing a 'troll face' (her current favourite thing) on it and writing random expressions that only she understands ("Ooh Jennifer" being one of them. We don't know anyone called Jennifer...) and Harrison wrote his name and drew a football as well as other swirly lines and pictures. Logan wrote 'World's Best Dad' and Joshua joined in with drawing some pictures too. Erica stabbed it a couple of times before managing to draw some lines and dots and I helped her write her name. It was a lot of fun! 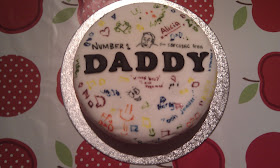 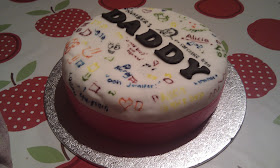 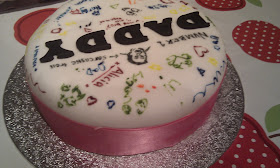 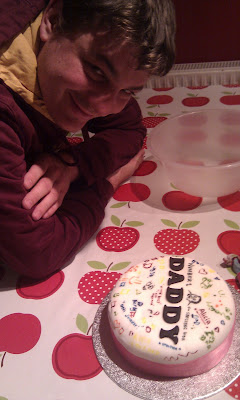