So let me start by saying that I am probably in the minority, but that's okay. Taste is subjective, not everyone enjoys everything and everyone is entitled to their own opinion. I am always open to new reading material, and when the hype surrounding The Fifty Shades trilogy several weeks ago started I allowed myself to be suckered in to buying the books. For what it's worth, if you haven't bought them yet, don't. Borrow them from someone, save your money. You are BOUND to know someone who has them. Reading them once will probably be enough if your taste is anything like mine. If you're going on holiday, these books would be great for a bit of easy-reading. For avid readers, probably not so much. Very popular (for obvious reasons) but literary masterpieces, they certainly are not.

As I was saying, I love to read, but the story has to have substance, it has to capture my imagination and to grab my attention immediately. These books did not do that for me. They were simply a bit of light-hearted reading with a generous helping of smut to shift the story along. Well, what little story there was. I understand that these books started life as Twilight fanfic but even so, a fair bit of tweaking (storylines, not nipples, Mr Grey). wouldn't have gone amiss before publishing. 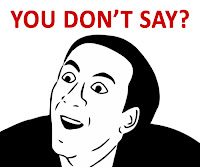 Fifty Shades of Grey was pretty dire, plot wise. It stumbled along (though there was some sandstone, and sandstone, oh and marble, and then more sandstone) and while it was detailed in the sexual content, it lacked any sort of detailed storyline. I learned that Christian Grey is a feeder, Anastasia Steele was borderline Anorexic (no normal woman goes off her food that easily, come on), has an unusual habit of constantly biting her lip (maybe she should try eating?) & was not only a virgin but had clearly been living in a cave, and of course that Katherine Kavanagh (no danger of forgetting her name, it is repeated often) is very tenacious. I forgot after a while whether she was tenacious, but then was reminded that she was indeed tenacious. Repetitive, lacking a plot, and full of sex. If that's your sort of thing, then by all means read it.

Fifty Shades Darker was a definite improvement but by no means a great read in my opinion. A handful of basic storylines were bundled in to this one, so it at least made it easier to read. I started to get bored of the constant shagging I have to say, nobody has that much sex unless they're getting paid for it. In this book Ana seemed marginally less like a simpering simpleton, but Christian continued to come across as rather menacing & bipolar. We learned a bit more about his past, but on the whole it was still hard to comprehend as it was that random and disjointed. I also struggled with picturing any of the characters, usually I can read a book and have a perfect picture in my mind of who the characters are and how I see them, but I have been unable to picture a single one of these characters. The descriptions are basic at best, which made it - for me - that much harder to enjoy.

Fifty Shades Freed was also rather slow. By chapter five they were still flouncing around on jet skis in the south of France, being co-dependent. As for Ana's 'inner goddess', quite frankly by the third book I was ready to karate chop her in the neck for her constant pointless interruptions. Same goes for her "subconscious". I also started to suspect that Christian might be a touch mercurial, and that's not because she says it repeatedly of course, that's just a stab in the dark... I am astounded that so many women are swooning over his character because to be honest some of the things he says to Ana make him sound like a man teetering on the edge of losing it completely & turning in to a serial killer. I think she should do a little less 'idle wondering' & more wondering why on Earth she is married to a man who is so possessive, angry & unreasonable. The only exciting thing that happened in the entire book lasted for about six pages & was over before it began. Yet more random disjointed storylines, and descriptions that said I-haven't-really-thought-this-through-properly. I actually started skim reading over the sexual content because it was getting very samey, there are only so many times I can read about Christian growling deep in his throat before I started wondering if he has some sort of undiagnosed medical issue. The ending was satisfactory (actually, just the fact that it ended was satisfactory), although I was having to will myself to the end of the book by that point.

If you like a bit of blithe holiday reading, these are probably the books for you. If you prefer something that has depth and substance and captures the imagination, then I would give Mr Grey a miss.