Skylanders - Frozen in our world. Alive in theirs. 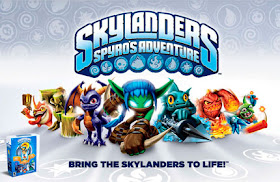 "For generations, the Skylanders have used their magical powers and weapons to protect Skylands. But now, an evil tyrant named KAOS has frozen and banished them to Earth. Only you can put them on the Portal of Power® and bring them back to life in their world to save Skylands forever." 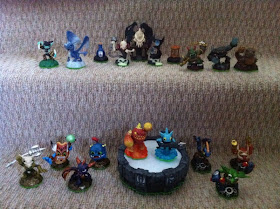 Join Spyro and the Skylanders as they battle to save Skylands from the evil KAOS. There are four Skylanders from each element to collect - Air, Life, Undead, Earth, Fire, Water, Magic and Tech - which come to life in Skylands using the Portal of Power®. 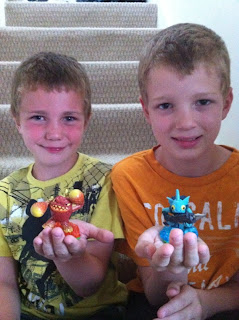 We have quite a good collection already to go with our Wii game, L & H save all of their pocket money to buy figures and have been lucky enough to receive them for Christmas also. L's favourite is Gill Grunt and H's is Eruptor! As a parent, I have to say that my favourite aspect of the Skylanders is that they are collectible and also offer web codes to use on Skylanders Universe on the website, www.skylanders.com.
In addition to the Skylander characters (which can be purchased as single figure packs or in value-for-money triple figure packs), the game can be expanded using Adventure Packs which contain a Location figure, 1 Skylanders figure, 2 Magical Power figures, 4 Trading Cards, a Sticker Sheet and 4 Web Codes. Why not continue the adventure on the Pirate Seas, or at the Empire of Ice!

Available in multiple formats - Wii, XBOX 360, PS3 and Nintendo3DS - you must purchase the Starter Pack to begin your adventure. The pack contains everything you need to get started, including the Skylanders video game, the Portal of Power® and 3 Skylanders figures.
The characters themselves are not tied to any one format meaning that a game can be started on a Wii and continued on a Nintendo3DS, XBOX 360 or PS3 without losing any progress. They can be upgraded to learn new abilities, and you can even take them to your friend's house to play on their console!

The Legendary character types enable you to earn special abilities that you cannot unlock using the regular characters, and make great additions to the Skylanders collection and to expand gameplay.

There are two options for carrying and storing your Skylanders, a soft carry case which includes slots to carry three game discs, and the brilliant Skylanders Castle character case which stores up to 8 figures and the Portal of Power®. 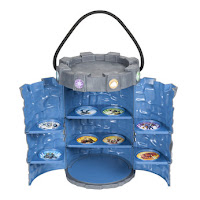 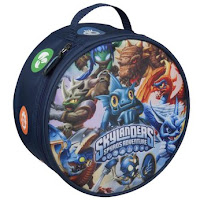 In an exciting development, coming in October 2012 is the Skylanders GIANTS Booster Pack! The Giants are more than twice the size of the regular characters and their skill reflects their size, all characters come to life using the Giants game and all upgrades and powers are available to use, the characters can even level up to 15 when played in Skylanders Giants. 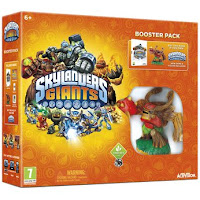 In a game that seems to be limitless in its possibilities, I think that Skylanders is the absolute must-have game of 2012. I have even heard a rumour that Father Christmas has pre-ordered the Giants booster pack online for two little boys that you might have heard of... Ssh, don't tell!
mamaowl at 19:33
Share