After reading this article on Parentdish I felt compelled to add my two cents to the "Family Holiday vs Child-free Holiday" debate which is asking - Is taking a holiday without your children selfish? Well yes, of course it is, but what I have to ask myself exactly is wrong with that?

At the end of that article she says she still enjoys the company of her children and would feel too guilty to take a holiday without them. I can definitely understand that, I adore the company of my children (and actually if I am honest, rather resent the implication that wanting to have time to myself perhaps means that I don't...) and feel guilty if I even so much as buy a pair of shoes for myself never mind anything else. She says hopefully she and her husband have years ahead of them, and I really hope that they do, but you never know what is around the corner & the future you expected to have can be snatched away in an instant, you would never see it coming (as this article also on Parentdish sadly makes very clear, and my thoughts are with that family at this tragic time). 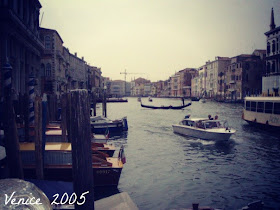 I have taken three holidays without my children, and actually two of those were also without my husband. In 2005 my husband and enjoyed a 4-night break in Venice for our anniversary (the children stayed with my parents), and in 2007 & May this year I enjoyed 7-night breaks in Crete and Lanzarote respectively with female friends (while the children were taken care of by their father at home, who himself has enjoyed two skiing holidays with his friends). The Mister and I have also spent a night away down at the coast together, and will be spending one night away together in the city to celebrate my birthday next month. So three weeks (we'll even say four for argument's sake) out of the fourteen years that I have been a parent have been spent "selfishly".

Did I feel guilty? Undoubtedly. Did I enjoy the break? Definitely. Would I do it again? Without hesitation. Does it make me a bad parent? Absolutely not.

My children were fed, watered, cared for and loved in my absence. I was in daily contact, and the day we returned from Venice I was out of the car and running a dead sprint up my parents driveway to reach them, I cried as their little legs carried them as fast as they could towards me and I scooped them up for massive hugs. They told me about the fun they had had and how much they missed me, I told them all about my holiday and they revelled in opening their gifts and hearing about where I had been. 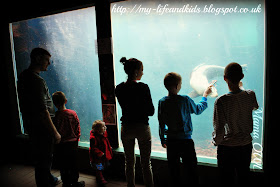 We are not well off at all, in fact we are quite the opposite. But we save and take the children away on family holidays every year even if it has just been a week set up in a tent down the coast somewhere or on a 'Sun' holiday, as well as going on family days out throughout the year. The children don't miss out in any way, shape or form. We have amazing family holidays together, including the shit bits when it rains or when one of the kids has a tantrum because they don't want to do whatever it is the majority have voted in favour of.

We are not swanning off 2 or 3 times a year without them for 10-14 nights at a time, leaving them with *whoever* or passing them around anyone who will take them. If they are safe, fed, and looked after by people that they know and that we trust... then where is the harm? In my opinion, there isn't any.

Personally I wouldn't leave them longer than 7 nights, in fact we even took them (just the two we had at that time) on our honeymoon to the USA for a fortnight, but I think that we ALL benefit from the occasional break from each other and absence certainly made the heart grow fonder. When I came home from Lanzarote we spent the entire afternoon snuggled on the sofa watching movies and just enjoying being back together. They didn't resent me having the time away from them, and they were pleased to have me home again. I missed them desperately, but I returned from Lanzarote feeling like a new woman, refreshed and energised, unlike the tired, run-down and worn-out woman I had been when I left just a week before. 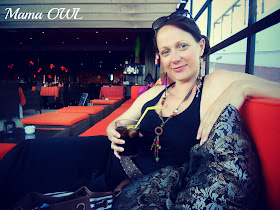 I slept, I read books, I swam in the sea, I ate a meal at my own pace without fear of someone else nicking half of it, I slept on a lounger in the sun, I enjoyed Mojitos (several) in a bar on the beach with my best friend and I loved every single minute of it.

Yes, being a parent means sacrifice. Less (or no) sleep, less money, no time for yourself, your house almost always being a bit sticky, ending up being late 9 times out of 10, and I embrace all of that, I even ENJOY it. But I won't be a martyr because I have children. I don't cease to exist because I am a mother, I still have needs and desires as a woman, and as a PERSON.

I genuinely don't believe there to be a right or wrong. Some women could not imagine leaving their children for any length of time and I appreciate and fully understand that. But for me, still being able to have some time to myself has been a godsend and personally I am a better, happier mother because of that. I fully realise how lucky I am that that has been an option, because it is a luxury and I am truly grateful to my husband and family for affording me it.

I think it is about time that women stopped berating each other for their choices as mothers and just accept that what doesn't work for one, might work for another, and if they personally feel that it helps make them a better & happier person, parent, woman... Then that can only be a good thing for all concerned.
mamaowl at 06:30
Share