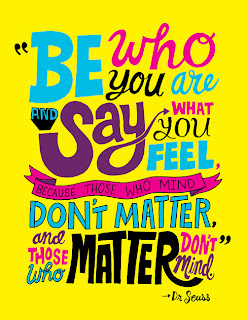 Today is New Year's Eve, and as we all anticipate the arrival of a new year and all of the potential it holds, it is also a time to sit back and reflect on the year that was.

2012 was the year that I turned 30, and it brought a lot of things to my life, but the biggest thing it brought was perspective. As some of you may already know or have read before, in February I was blue-lighted to hospital with a suspected heart attack early one morning. Alone in the house with the children and having no idea what was happening was the single most terrifying thing that has ever happened to me. I spent the next eight days being ferried between two hospitals, hooked up to heart monitors and being put through a plethora of tests to find out what had happened to me.

Having been ill in the weeks leading up to and over Christmas and New Year with a minor but lingering flu bug, the new year came in and I continued with my usual routine that I adopt when I am ill of 'pop some pills and get on with it'. By the time early February rolled around I was starting to feel a bit better, but that was when it happened. From what I understand, my immune system had been so compromised by the seemingly innocent flu bug, that it had allowed another much more sinister virus to attack when my defences were down, which led to the Acute Myocarditis with left ventricular dysfunction.

I was treated by some fantastic doctors and specialists and am still taking medication twice a day, and have had follow up ECGs and appointments to keep an eye on my condition. I am hopeful that eventually I am going to be weaned off of the meds & can get back to a completely normal life. Unfortunately I still feel the after effects and have palpitations and chest pain, it makes me anxious because I worry about it happening again, but I was lucky and I am still alive & kicking. I don't go on about it because nobody wants to listen to me witter on about being tired or in pain, hell I don't want to listen to myself bang on about it, but it is there nonetheless. Some days I wake up feeling like I have an elbow wedged into my chest, but I get up and get on because that's what you have to do, and there is nobody to do it all for me.

So anyway, the perspective I mentioned, is that I will not take anything for granted any more. I went to bed that night a seemingly fit & healthy 29 year old and woke up to a shit storm the next morning. I spent over a week in hospital, separated from my children and husband, worrying that I had had a heart attack, and about what impact the potential damage to my heart was going to have on my life. Doctors can fix lots of things, hearts included, but if something was going to go wrong with one of my organs I have to say that my heart is not the one I would pick. If that one packs up, you're kind of fucked.

In the months that have followed I have allowed myself to slip back in to old habits. Making myself sick and tired trying to do too much, not giving myself time to get over illness or to try and make sure that anything I do pick up isn't recurring - the children, Mister and I all caught the norovirus in the weeks leading up to Christmas and all I have been able to think is that it is going to happen again. It probably won't, but it could, and having been through something that was not only traumatising for me, but for J who was aware of everything that went on that morning, it is not something that I ever want to experience again.

Here's to the new year, and everything that it will bring. The hope, the happiness, the joy, new life, new beginnings and a whole host of new experiences, and I hope that you will all join me in enjoying every single one of them.

So raise your glasses to 2013. May it be everything you wish for and more. 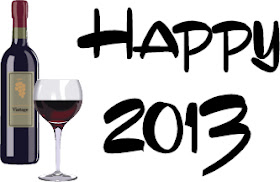