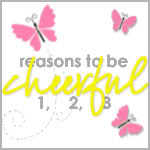 After last week's shitter of a week I am very pleased to report that I have something to be very cheerful about, and that after three months, L is now CAST FREE!

L began his serial leg casting for his tight hamstrings in November 2012. He was fitted with half leg plaster casts on both legs and had them changed weekly, with the angle of his feet being adjusted by his physiotherapist at each appointment to gradually stretch them to the correct position. He was SO brave throughout this process and although it was uncomfortable and painful for him, and it meant missing out on his swimming lessons for a while, he endured it with hardly any complaint (although we did have to google ways to ease itching under the plaster casts after a few sleepless nights) and was thrilled when he was able to have them removed just before Christmas.

He was then fitted for 'night casts' which, as the name suggests, are plaster casts that he wore at night. Before bed, he would do his leg stretches on the stairs and then the Mister or I would strap his legs into the casts for the night. In the morning we'd undo them and he'd do his stretches again before getting on with his day. We have done this every night since the end of December and at his appointment on Monday, which was originally to have new casts fitted as the others were getting a bit snug on my growing boy, the physio was satisfied enough with his progress and told us that he doesn't need any more for the present time and so he is now cast free!

His gait has hugely improved and he is able to walk more flat-footed, although he is still experiencing pain in his hips which has worsened, I would imagine, because he is using different muscles for walking now. The physio has advised us to keep an eye on that and take him to be checked over again if it continues or gets worse. There is still the possibility of more casts (night or full time) in the future but for right now, he is enjoying his freedom from them! We have another appointment for Orthotics (shoes) coming up at the beginning of April and he will continue to do his stretches twice a day. 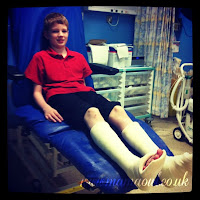 I am so proud of him for dealing with it as well as he has and tolerating the plaster casts. With his Autism he is all too aware of his differences, and often says that he wishes he was "normal". I told him that there is no such thing as normal, and even if there was, who would want to be normal anyway? It's much more fun to be unique, and I certainly wouldn't want him any other way.

What are your reasons to be cheerful this week?
Don't forget that Seasider in the City Clare is linky-sitting #R2BC for Mich until Easter, pop over to visit, link up and join in the blog hop.
Unknown at 07:30
Share