After seeing Lucy from Little Super Sparks mention Mexican Lasagne the other week I was intrigued, and simply had to give it a go myself. I googled some recipes to see if there was one I liked the look of, but unfortunately none were exactly what I was looking for so I decided to take elements of different recipes and throw them into one to make my own.

This recipe made a HUGE lasagne, enough to serve all of us, with leftovers for another day - handy when you have teenagers who descend on the kitchen like locusts after school. 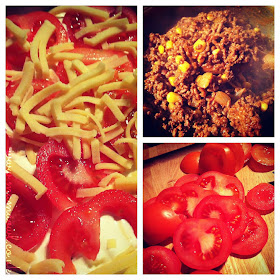 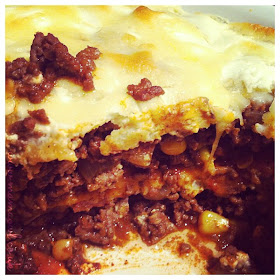