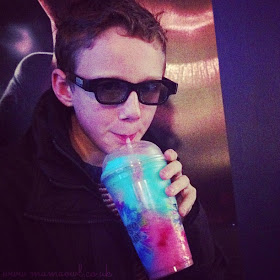 On Saturday night I went out on a date with a very handsome fella who is more than half my age. I had to pay for everything, he ate loads and we went on the train because he can't drive, but I had a really lovely time.

We saw G.I. Joe: Retaliation in 3D... I can forgive him his movie choice because it meant I got to ogle Channing Tatum and Dwayne Johnson (aka The Rock) in uniform... Worth it purely for that.
It wasn't a bad movie, actually quite funny in a couple of places and the action definitely appealed to J's almost-teenage self and he really enjoyed the film.

We headed off to catch the train, and made our way to Bath. We enjoyed some nostalgia on our way through the city centre (well I did, not sure about J) and I was telling him about when I was a teenager and how we used to go into Bath after school (as that's where I went to secondary, from the end of year 9 until after my GCSEs) and where we used to go... The chip shop that's now not a chip shop, the original shopping centre & bus station, the cinema that's now a comedy club and the time when my mum waited outside school for me and some friends so she could drive us to HMV for a CD (remember those!) signing by Peter Andre. Ah, those were the days! Memories of a misspent youth, trailing after pop stars & hanging around in Quasar.

It was really nice to share some time together, just me and J. In all honesty, I haven't spent as much time with J as I could have, instead thinking he would prefer to spend time with his Dad. Maybe he does, but on Saturday we had a really good time, just me & him. I'm going to make a more concentrated effort to give them all more one on one time, which I think will be good for us. 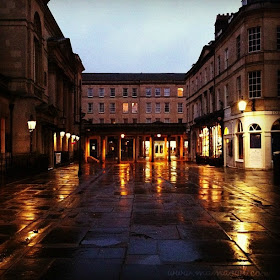 After the movie I took him to BK because he was apparently starving (after his bucket of pick & mix, slushy and also the drink on the way to the cinema) and he got a burger, so we took a stroll around Bath Abbey on our way back to the station while he ate. It was just getting dark and the streets were starting to light up, Bath really is beautiful by night.

The only thing that lets it down really is the sheer volume of drunks roaming the streets in the evening, it was barely half past eight and I was having to steer J through groups of people who were positively steaming and falling all over the place, and then standing in front of him with him against the wall to stop them slamming in to him at the station while they were stumbling about. It made him really nervous & wasn't particularly pleasant for me, either. I'm all for having a good time but that was beyond ridiculous.

We got home and had our dinner (which J also ate... teenagers do indeed have hollow legs) and then he watched a bit of MOTD with his Dad before heading up to bed. A was suitably miffed that I didn't take her when I got back until I reminded her that I took her - and JUST her - to the midnight showing of all of the Twilight Saga movies (bar Twilight itself) and she's asked if she & I can go and see The Host together, so I think that will be our next night out. 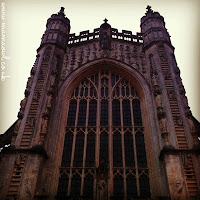 I think spending more quality time one on one with the kids will really us help build stronger relationships. We have a great time doing things as a family, but we need this too I think.
It was J's tutor that suggested it to me during our last meeting as something she had done with her own sons. She's a very smart lady and I am really glad that J has had her for his first year at senior school, it has been a big transition for him & we're trying to build up his confidence & self esteem. So I'll be taking her advice, and extending it throughout our family to make sure that we all have equal time & can enjoy each other's company one on one as well as all together. Anything that helps us bond can only be a good thing.