Highs & Lows and a Happy New Me

Well it has been a couple of weeks since new year began and we're just about back into our daily routine. We're finding our feet and trying to remember what we're doing and where we're going at any given moment. Another week or so and we should be good, though by then the kids will be counting down to half term...

I didn't make any new years resolutions because I didn't see the point. There isn't anything different about new year - it being January the 1st didn't have any sort of magical power that meant because I wanted something that it was going to happen. Instead, I've had a think about things I want to achieve & what I want to be doing this year and I'm taking a more positive approach to my life in general.


I want to be more in control.
Of everything. My finances, my social life, my routine, my housework, my KIDS. Sometimes I feel like I am losing my grip and I just want to feel more settled and at ease. I don't want worry or panic, I just want to get on with things and be more focussed. I feel I have dropped the ball more times than I would have liked in recent months, and with a raft of changes happening for our family this year that needs to not happen so often.

I don't want to have to do everything.
I have Cinderella syndrome right now, I do almost everything at home and that has to change. I don't want the kids to be doing all of the housework because that's not their job, however I do expect them to clear up after themselves and pull their weight. I'm their mother, not their maid and as they are getting older they are more than capable of taking on responsibility for themselves and their things. I won't be there to pick up their shit forever so learning this lesson now will save time in future.

I want more time for myself.
Even if it is just an hour to go swimming by myself one or two evenings a week, or a couple of hours spent reading in a cafe on a Saturday afternoon. I need more time to myself. I'm not ashamed to say that sometimes being a mum can be overwhelming and that I need time to myself. I do, that's just the way it is. I'm not going to be a martyr and sacrifice myself at the altar of parenthood, because I had kids it means that I don't get to have time off. Sod that for a game of soldiers, I'm still a person and sometimes I need to shower without someone hammering on the door, or to drink a mug of coffee in relative peace. 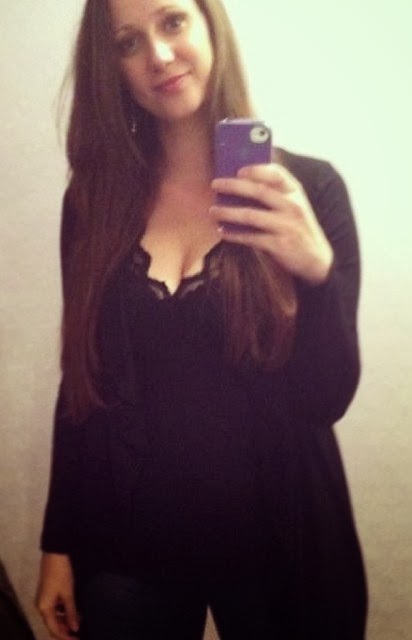 I want to find my inner girl & give her a makeover.
2014 will be spent taking more pride in what I wear and how I look. I don't want to live in jeans. Don't get me wrong, I love jeans. But I want OUTFITS. I'm going to spend some time figuring out what suits me and what I like and then I'm going to gradually sort out my wardrobe, and try and look more like I give a crap about what I look like. Because I do.
I'm going to sort my hair out and try & style it more often instead of just pulling it up into a messy bun or a plait. Time to grow up a bit and sort myself out.

I want to give the kids more 1:2:1 time.
I'm not sure how I am going to do this yet or how it will work out, but I plan to give the kids more one to one time, just me and them. Maybe going for a milkshake or to the cinema, going out for something to eat or for a swim, or to feed the ducks - whatever they want to do, just me and them (taking it in turns of course). It's going to take some serious logistics to fit it in around all of our activities, but we can do it. It'll be good for all of us. After my 'date' with J last year, I haven't managed to give them the time they deserve and that is something I am going to really focus on this year. They won't be here with me forever so I need to make the most of our time now, while I have it.


I think those are all perfectly achievable goals, things I really want to concentrate on this year. Maybe I'll give you an update later on, to see how I'm getting on with it all. I really hope for a good 2014. Last year had its highs & lows and I am determined to go out and make good things happen for our family, to make sure we have plenty of 'highs' in the months to come.

In 2013 I made some wonderful new friends, particularly the delightful Ella who has become one of my closest chums (and who we will be sharing a joint family holiday with in the Summer), I spent a fab weekend with my lovely cousin Jo at Britmums Live, we had fun family days out riding rollercoasters & performing magic, and cosy nights in watching movies and playing games. The Mister & I spent a few nights out with friends visiting from Australia over Christmas & New Year (and I discovered that I don't quite have the stomach or stamina for nights out like I did in my twenties... It happens to us all) and generally, all was well.

And while there were good times, there were of course also some bad - saying goodbye to family members & friends who sadly passed away, and thinking of dear friends & their children who were (and still are) fighting serious illness.

There were also minor issues like car problems and money problems. But - shit happens, and so I hope by taking more control, we can swerve these minor niggles more effectively in 2014 and concentrate on being there for the people who need us, taking care of ourselves, and taking more time to enjoy the good bits. Wish me luck!

What were your highs and lows of 2013? Have you set yourself goals or resolutions for the new year?

I have linked this post with #MagicMoments at The Oliver's Madhouse
and #theGallery at The Sticky Fingers Blog.
mamaowl at 16:46
Share