Our house right now is a hive of activity, mainly revolving around school. I genuinely had no idea that school would get so intense. It's not a case of packing their bags, shining their shoes and sending them off on their merry way, and it certainly doesn't get any easier as they get older.
You'd be forgiven for thinking that once they get to secondary school, they would be able to get themselves ready and see to their own things, organise themselves and manage their own timetable...

Er - Nope. You'd be forgiven for it, sure, but you'd still be wrong.

With four out of five kids at school and one in nursery due to start school in September, there is absolutely always something going on - homework, coursework, school trips, assemblies, parents evenings, open evenings, after school clubs, all in addition to their extra-curricular activities. It's endless.

As L is starting secondary school this year he is having extra transition meetings and I am back & forth between the two schools helping him prepare, we also attended the open evening together so that he could have another look around (he had already visited for his Y5 taster day at the end of July) & learn more about the subjects he will be taking in September. 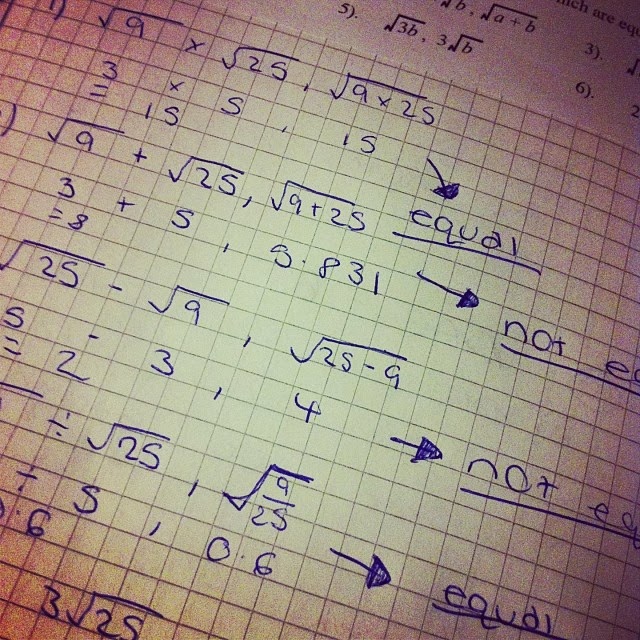 A is currently knee-deep in GCSE revision & exam prep. We have been to the sixth form open evening to look at her A-level options and have started researching the best universities and study abroad programs for her chosen path of study. In addition to that we are also getting everything in order for the History & RS trip to Auschwitz she is going on next week, and starting to think about the Y11 prom (if anyone wants to buy any limbs or organs, let me know, I'll be selling some soon).

Our secondary school starts KS4 in Y9 instead of Y10, 'opting' earlier than other schools, so the past couple of weeks have been full-on as J starts to learn about his options for GCSE and deciding what path he would like to take from September. The Mr & I went along with him to listen to a talk at the school and to have a look at what is available to him. He has a general idea of what he wants to do, and he has decided on subjects that he enjoys as well as ones that are appropriate for his potential career prospects. 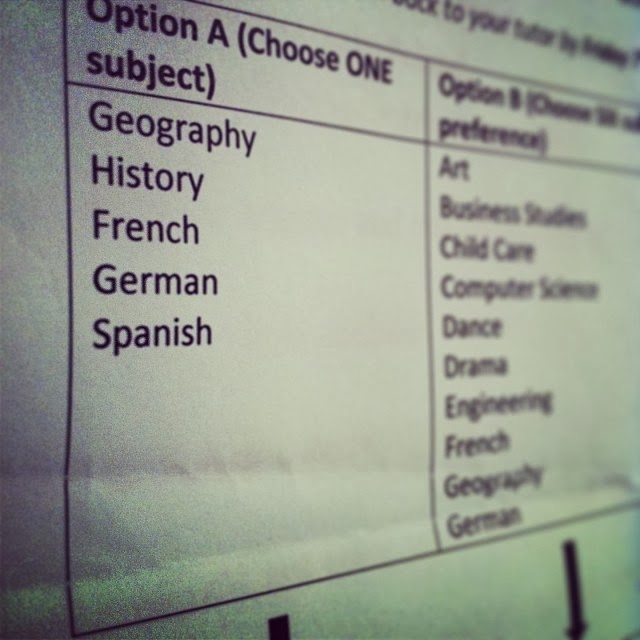 It would be easy to steer J towards subjects that are all for the benefit of his future career but, the same as when A chose her options, we don't want him to 'burn out' on core subjects & mountains of coursework. We want him to study things that he enjoys, too, to keep a good balance.
For example, A opted for music as one of her GCSEs and absolutely loves it. She wants to be a history teacher eventually, but has taken music purely for her enjoyment of it & is doing really well. She has been having extra guitar lessons at school & has made excellent progress, and so that is what we want for J, too.

After much deliberation, J's final preferences are Geography, Computer Science, Physical Education and Graphic Design as his top four with Religious Studies, Music & History as his back up options. The form has been signed, sealed and delivered. Fingers crossed!

H & E have it easy right now. I'm going to take extra time to enjoy reading stories & listening to them read to me, helping them with their homework while I still can (really - google SURDS, they might as well be bloody hieroglyphics for all the understanding I have of them) and watching their assemblies & school plays, because this right now is the fun part and I am going to make sure that I savour every minute.
Unknown at 07:30
Share