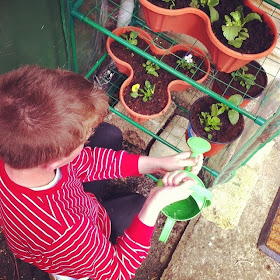 It has been a busy time for my little gardeners-in-training. I have been keeping them occupied with taking care of their seeds and flowers, and their enthusiasm for their new found hobby shows no sign of waning yet.

The Mister has made lots of progress with our mini garden redesign, we've moved E's play house & sandpit to the opposite side of the garden and he has created a play area especially for her which she is absolutely delighted with. We also now finally have a rotary washing line up out there (so I don't have to keep dragging the airer outside every five minutes) complete with barked area, which leads along the side of the house to our new memory garden. 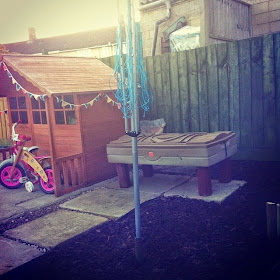 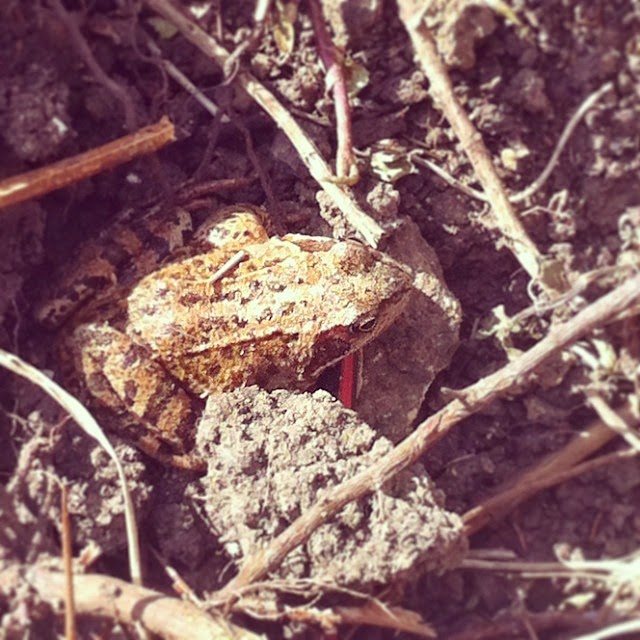 During the construction of the memory garden, we found all manner of wildlife hiding amongst the undergrowth including several slow worms (which give me the serious heebie deebie jeebies) as well as this little guy, who was hiding out under some brambles!
We helped him find his way to the back of the garden, when he apparently remembered the way he'd came in and hopped back off under the fence to the pond in the garden behind ours. 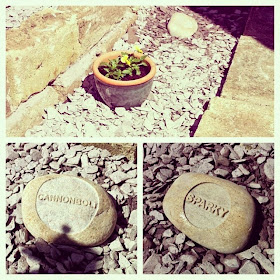 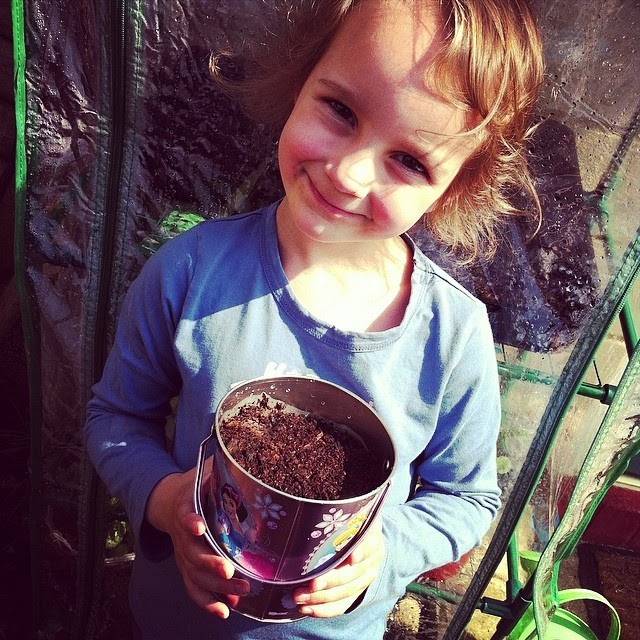 We've bought the kids some more plants, seeds and pots, and they have been keen to get them potted up and set out for everyone's viewing pleasure.

E received a Disney Princess egg for Easter which came with a little bucket, she decided that she wanted to use it to plant her sunflowers so we made some drainage holes and she's planted them up and put them out in the greenhouse to grow them on.

To their absolute delight, the fruits of their labour are now being made apparent as the flowers bloom, and their seeds and bulbs begin to reach skywards - they are so excited to have spotted the beginnings of shoots and H & E are very happy little gardeners indeed. 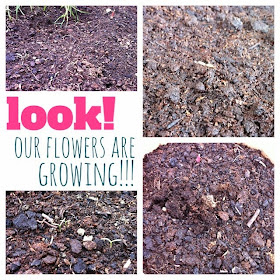