A little unconventional it may have been as far as days out go, but my Mother's Day was spent at H's Rugby tournament down at Oakmeadians RFC in Bournemouth, and a lovely day it was too. 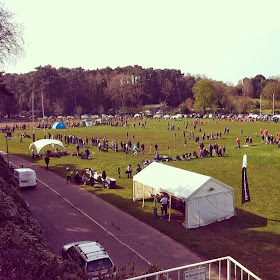 We were blessed with beautiful weather and it turned out to be a really enjoyable day. We made the decision to drive down the night before, as with the clocks "springing forward" the next day the Mister didn't fancy a long early morning drive. A stayed at home to look after Flo with my niece C for company & the next door neighbours keeping an ear out for the 3 of them, and J & L went to stay with their Grandparents for the night (where they were suitably spoiled & fussed over). H & E came with us, and off we went! 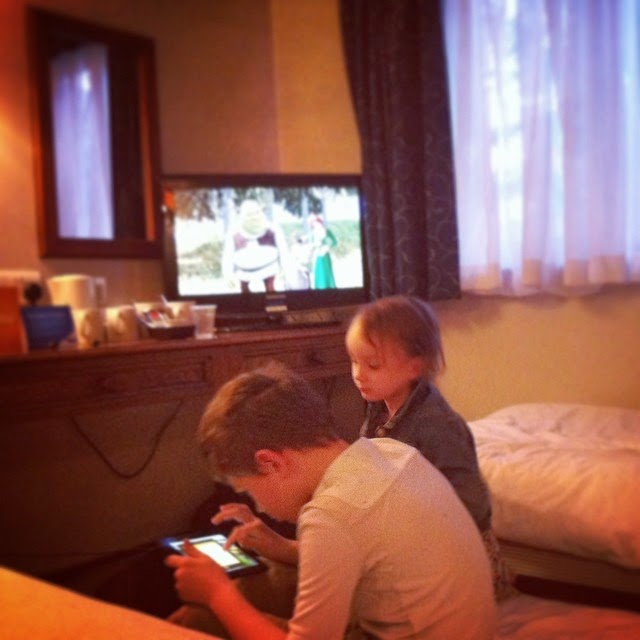 We booked into a Travelodge for the night which was a great adventure for H & E who thought it was brilliant and couldn't wait to get to bed (I'm now thinking we should move into a hotel...). After we found our way there - eventually, even with a Sat Nav I couldn't find my way out of a paper bag - we checked in & dropped off our things before wandering next door to the Carvery. This is like the Mister's idea of heaven, his favourite meal is a roast dinner, of ANY description. 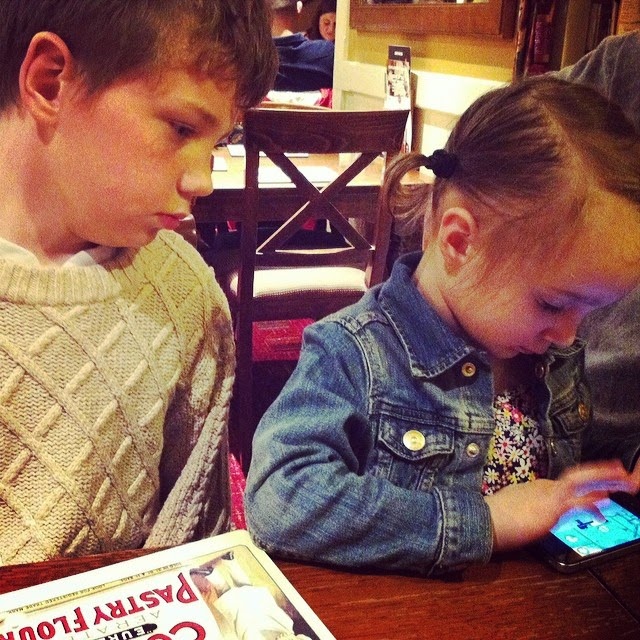 After mulling over what we wanted, we got our food then sat down to eat. H ploughed through his meal in the same manner as his father but E decided she would lick a yorkshire pudding (perhaps a slight exaggeration, she may have licked it twice) and then declare she was full before asking for ice cream... *inward screaming*... So not wanting to waste anything, H then ate the rest of E's dinner, too. Dessert was eaten as if their lives depended on it, E's fullness had apparently subsided as she managed to eat a bowl of ice cream without a problem. Funny that.

Time for bed, and after a little TV (H is now addicted to The Cube) we all eventually drifted off. It was an earlyish start the next day to make sure we got there on time & H was up and raring to go. Typically we were the last to arrive (like I said, paper bag) even though we had stayed nearby, but we got there on time & that's all that matters. That's my story & I'm sticking to it. 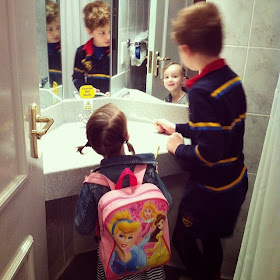 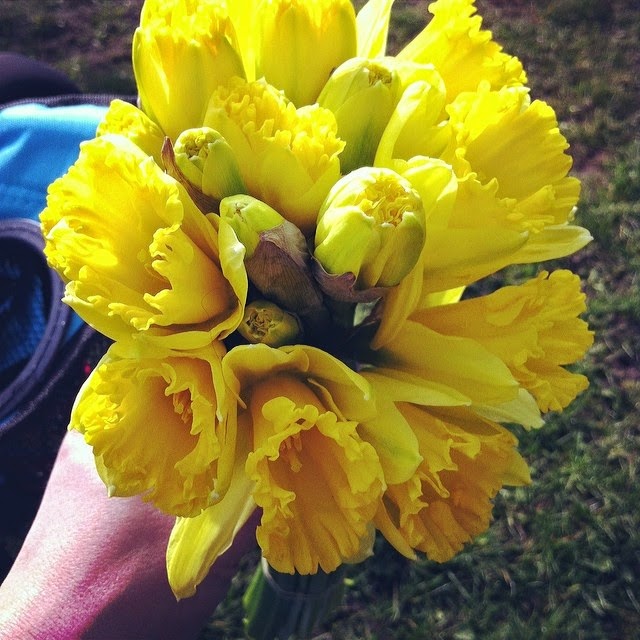 We set up our chairs and H changed into his rugby boots and ran off to join his teammates to warm up before the tournament began, and then someone from the boys club came round to all the mums and handed us a wee bunch of daffodils each tied with a ribbon, to us "from the boys" for Mother's Day which I thought was really thoughtful of them.

The boys played well and managed a win, two draws and two losses on the day. It's really heart warming to see how much H enjoys playing it and he's really got a natural flair for it, it's been good to watch him develop his skills over the past year and I think he'll really come in to his own when they start playing contact rugby later on in the year. Now we are looking forward to a couple more games before the end of season presentation. 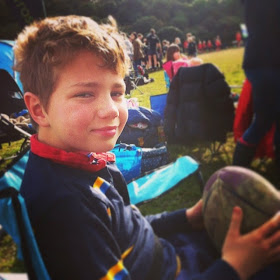 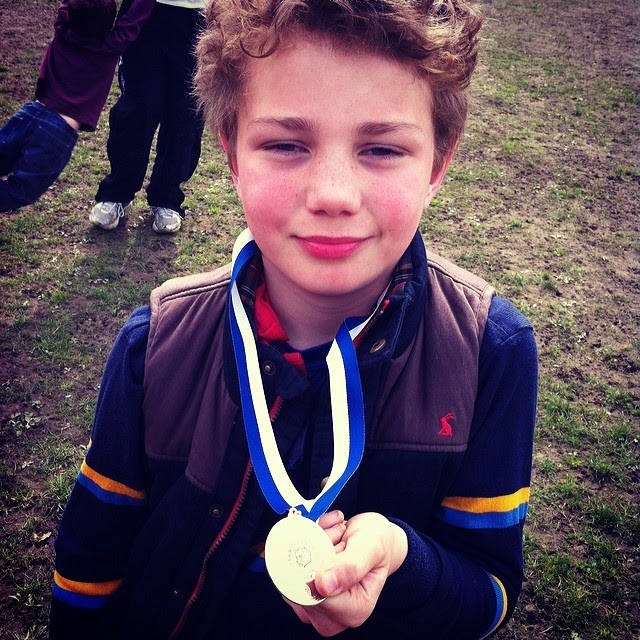 The boys have all grown up so much this year, I'm looking forward to seeing how they grow as a team in the coming years, and plan on being on the touchline to cheer them on as much as I can. I admit I've not always been the most enthusiastic of 'sporting mums' but I have felt that changing recently and I am really enjoying the new friendships and experiences it has brought my way. Long may it continue. 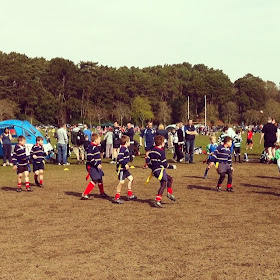