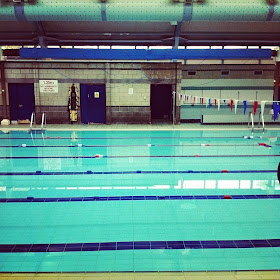 Being a (very) keen swimmer, H was thrilled to have been picked to represent the school in the local area swimming gala, which took place yesterday. His bag was packed and he was up & raring to go in the morning, telling us he had butterflies because he was so excited about his races.

He was chosen to do Y3 boys front crawl, and to take part in two relays - one freestyle & one backstroke. H is a very competent swimmer and has taken to it like, if you'll pardon the expression, a duck to water. Since starting swimming lessons two years ago he has whizzed through the stages and is now a strong swimmer at stage six, he absolutely loves the water (just like I did at his age!). I think swimming is a hugely important life skill as well as being great fun and good exercise, and I am really pleased that my kids enjoy it as much as they do.

The Mister was able to be there with me to watch H too, which was nice as unfortunately he usually has to miss events because of work, so H was doubly pleased that he had both of us there to cheer him on.
The kids all arrived poolside and the gala began, it was a lovely atmosphere and everyone cheered everyone else on throughout. The ones that came in last still received cheers & shouts of encouragement, and a big, very well deserved round of applause when they reached the finish line.

H pulled off a barnstorming performance, coming a very close (a split second, very exciting) second place in his solo race, and then flying down the pool like a little propeller doing backstroke during the medley and reaching the end first, ready to tag the next person. All of the kids did an absolutely cracking job, they were brilliant sports, and I was on my feet and cheering & clapping for all of them (admittedly loudest for H, naturally). It was a great, well managed event and I know that H really enjoyed the experience, to the point that he is even more keen to join the local competitive swimming club.

As lovely as it is to win, with that aside - it was great to see such good sportsmanship from everyone at the event, whether they won or lost. Sitting behind the kids from our school, I overheard them giving words of encouragement to each other, saying how well they had done and what a great effort, even if they hadn't won their race. It was a really positive, fun morning and I got the impression that everyone really enjoyed it, they should all be as proud of themselves as I was of all of them - especially H. 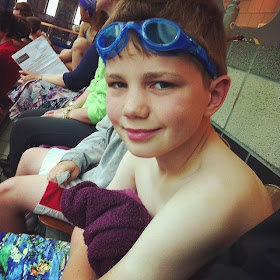 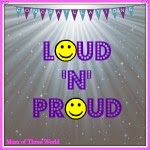