After years and years of hard work, months of revision, and hours spent sitting in exam halls - our eldest daughter, A, is now officially a "school leaver". Tomorrow will be her final exam.

She's been given her conditional Sixth Form place pending the results of her GCSEs, which we won't receive until August 21st, but I'm not in any doubt of her exam success such was her dedication to her studies and revision.
She drew up her own revision timetable, she attended extra early morning revision sessions before school as well as others during the school holidays, and she has tried her hardest. Whatever results lie in that envelope at the end of the Summer, her father & I know that she has done her best, and we will be proud of her. We already are proud of her. 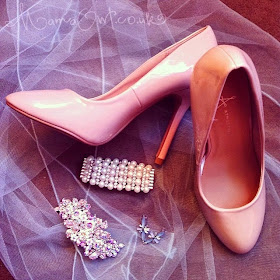 Next week is the much anticipated year eleven prom. I'm aware there is some debate around it - that it's an "American thing" and that it's pointless and expensive and an excuse to show off, but I have to disagree.

It is what you make it. Plain and simple.

Between high street, even supermarket, offerings as well as eBay, there is absolutely no need for it to be an expensive affair. We have bought A's prom dress as a reward for her hard work. That is the dress she wanted, and she has put the work in and earned it, and so that is the dress she got. Her accessories and extras have been inexpensive as we have shopped around, & also chosen things she will get use out of for more than "just one night".

I have said, in jest, that it's expensive & I'll need to sell organs to fund it, but joking aside it has cost us very little, and has made our daughter very happy, and that is priceless. A and a group of her best friends will be travelling to the prom together on a vintage bus arranged by one of the girls' parents. None of them have "dates", it hasn't cost a fortune. In fact, the bus has been provided - gratis - by a family friend of the mum who has organised it.

I asked A exactly what going to the prom means to her. She said: "It's our last night to all be together, we can all get dressed up and have a laugh and just have fun before we all move on". Which is the essence of my point.

We have felt none of the media-hyped pressure to 'keep up with the Joneses'. We've done our own thing, as has everyone else, and the class of 2014 are looking forward to getting dolled up, letting their hair down and having a bloody good party. They have worked really hard, and they deserve a special night that they will all remember. Whether it's called a prom, or a ball, or a disco, it is the same thing. It's a celebration of the end of their school careers before they move on to the sixth form, college or an apprenticeship, and the next stage of their lives. Their very first step towards adulthood.

If that isn't worth celebrating, I don't know what is. Let them have their night, whatever they want to call it, however they choose to celebrate it - they've earned it.
mamaowl at 07:30
Share