I believe there is one important thing that you need to know about French people : we love our food! Being French myself, I talk from experience. There will never be a meal where you don't have bread and cheese on the table. Very often, you will also have some wine with your meal but no more than a glass a day (as good as it is, you still have to be reasonable...)

I was tempted to write about some of our best wines but I am not the best to talk and give advice on wine so I thought I would go for something that I know better. And that happens to be cheese! I went back home in Eastern France last month and I thought I would bring back a couple of cheeses with me since my partner loves it just as much as I do. Now, when I say a couple, I actually mean a dozen... 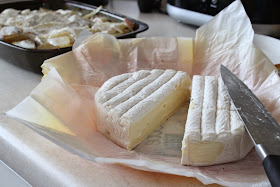 Among them was one that we call Reblochon and as my partner like to describe it, “it's the business!”. I believe you can buy Reblochon in a few shops in the UK now, like Waitrose or some French shops in London. Unfortunately, it's a bit expensive to buy it here, so I strongly advise you to get some if you go to France one day, it will be a LOT cheaper!

Anyway, there is a traditional dish that we make with Reblochon and it's called Tartiflette. It's normally something that we eat in the winter, but let's be honest, that never stopped me from having it in the summer... It's very easy to make and very tasty! Here is my recipe for it - 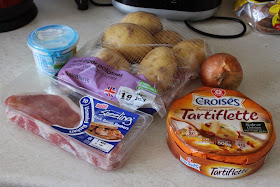 Peel the potatoes and dice them (or slice if you prefer). Rinse them with water to make sure they are clean and dry them in a kitchen towel.

Cook the onions in a frying pan with olive oil. When onions are cooked, add the potatoes in the pan until they are golden on the sides. Finally, add the diced bacon and remove the pan from the fire when bacon is cooked. 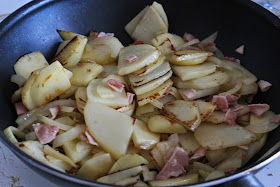 In a large dish, rub the garlic on the bottom and the sides of the dish. 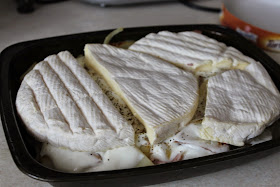 Cut the Reblochon in half (length-wise) and place it on the potatoes, with the rind on top.

Cook in the oven for 40 to 45 minutes. The top has to be slightly golden. 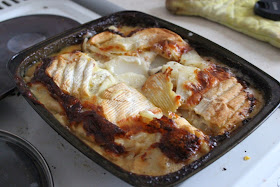