On the Trail of Heroes & Villains in Westwood

Last year we had so much fun taking part in the Westwood village scarecrow trail that we did it twice, & so this year we absolutely had to go again. The theme for 2015 was Heroes & Villains and the village residents came up with some brilliant designs once again. We went early on in half term week on a beautiful sunny day, & had a great day out for the cost of a trail map (£3) and a couple of ice creams at the end as a treat. Lots of fun, & raising money for a local nursery school at the same time - win/win I think!

We started off in the village shop, where we bought our trail map and found the first scarecrow outside the door, and from there we headed off in search of some heroes & villains. How many can you identify? I thought that #19 & #2 were particularly clever! 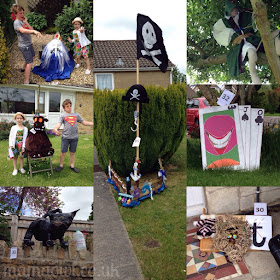 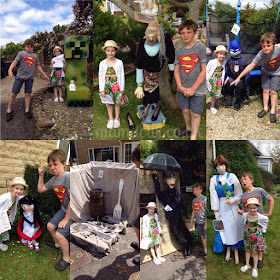 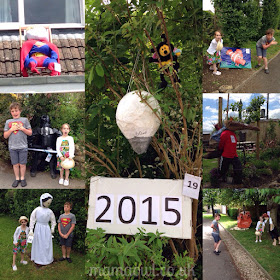 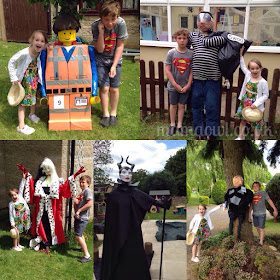 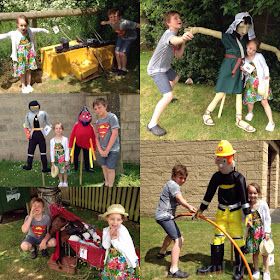 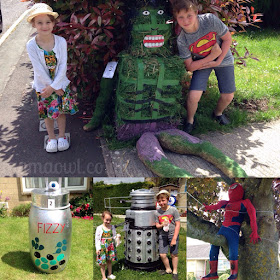 We remembered to take a picnic this year, and had plenty of rest stops along the way to enjoy our food and snacks. The nursery was open between 12-2 on two days during the trail selling tea & coffee, squash and home-made cakes to raise extra money for their school and I think that next year they hope to be able to offer refreshments every day of the trail if they have enough help. H & E thoroughly enjoyed their fairy cakes and I bought myself a black coffee while they were munching their way through them. 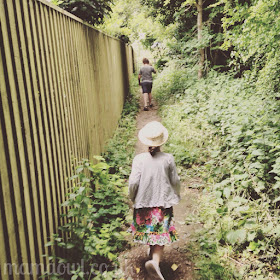 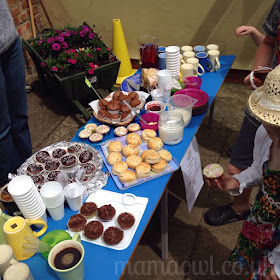 Half term doesn't have to be expensive if you check around for activities, fun days and parks & playgrounds locally. The scarecrow trail was only £3 as I said, & we also had a lovely day out at the park with a group of friends & mums from school as well as my sister, niece and nephew which we enjoyed with a picnic. Another day we went to the garden centre and the children helped choose new plants to go in our pots and borders, so money that would have still been spent but we made it into a fun activity for all of us. With that said, if the weather had not been so fair, it could have been a different story! Although locally our pools offer free swimming for U16s so all would not have been lost. 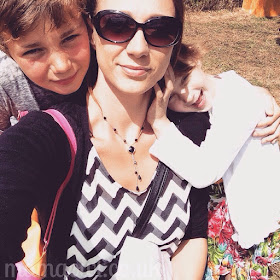 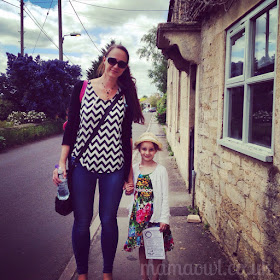 I do wish that my older three would have joined us if only to keep the younger two happy but they are far too grown up and cool for scarecrow hunts, sadly (or at least so they wish to believe!). I will however, ask them to come with us again next year but if they don't want to then oh well - more ice cream for us! 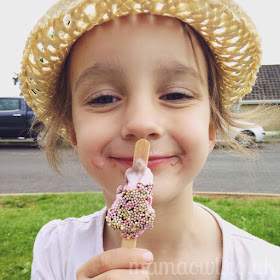 Follow @WwoodScarecrow on Twitter for news & updates of next year's trail and to find out whether or not they reached their £3000 target, and check out their website at Westwood Nursery. Which scarecrow was your favourite?