{Summer Bucket List} Flying with a child with Autism | #ShepSummer 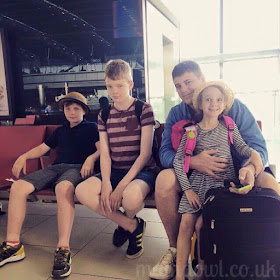 In June we took our youngest three children abroad on a plane for the very first time. We drove to mainland France last year visiting Paris before heading to a villa down south, but this time we flew with Mark Warner Holidays on their British Airways chartered flight to the beautiful Mediterranean island of Corsica for a week's holiday.

They were all understandably very anxious about this new experience, having never even seen a plane up close before never mind travelling in one. The staff at check-in were understanding on explaining that we were travelling with a child with Autism and we were allowed to board the plane first with L to get him settled in his seat. L took a few moments to inspect the seat and the compartments overhead before sitting down and strapping himself in. We had to adjust his seatbelt for him because he kept insisting on doing it up tightly so he didn't fall out, this of course required explaining to him that this wouldn't happen and we would be sat right next to him the whole time. 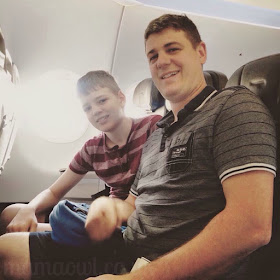 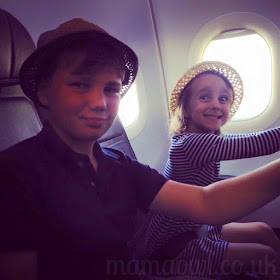 Take off went smoothly, we managed to distract H & E by encouraging them to look out of the windows as we ascended. L has an intense dislike of loud noises and is very sensitive to sensory stimulus, he put his head down on his lap and covered his ears with his hands to calm himself. During the flight and after L was satisfied that undoing his seatbelt was completely safe while he was allowed to do so, he was keen to get up and walk alone to the toilet and back again which he did a few times during our two hour flight. I am fairly certain that he didn't actually use the facilities, he was rather more interested in looking around the plane to familiarise himself with his surroundings and 'needing to use the bathroom' was a good ruse as he knew we wouldn't refuse him.

With it being such a short flight, the boys kept themselves entertained by looking out of the windows at the stunning views below and chattering excitedly to each other and their Dad. I brought along some of E's favourite dolls and books to keep her busy, and she was happy to sit and read and play. The in-flight meals and drink options were great but the kids for some reason decided that they didn't want them, and on such a short flight it didn't matter but when we travel to Kos in October I will pick up some extra snacks on our way through to the gate just in case. L has particular tastes, again they are a part of his sensory issues, so with a four hour flight we will need to be prepared. 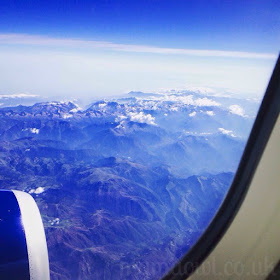 Landing was another unsettling time for L who again calmed himself by covering his ears and resting his head on his knees. He was given the space to do this and reassurance from his Dad who was sitting next to him. The landing itself was very smooth and L was eager to get off the plane as soon as he was able. Baggage claim in Corsica was very loud and busy so I kept L, H & E off to one side with our hand luggage while the Mister collected our bags from the conveyor belt. I'll be grateful to have A & J with us next time to help their Dad with the bags so I can keep L and the younger two children out of the way, as it can be quite a chaotic and loud environment in any airport.

We had a wonderful break away and the children had great fun making new friends and taking part in lots of watersports and other fun activities at the Mark Warner childcare clubs. On our way back to London we were unable to board the plane early which L found a little more difficult and unfortunately he had decided to wear a shirt with metal buttons which set off the metal detector and meant he had to be patted down. We were stood right next to him and his face was a mixture of embarrassment, amusement and utter horror but he handled it very well and didn't get upset. Note to self - double check what he is wearing before we fly... Best to try & avoid that next time!

Every person with Autism is different, and will have different needs, and difficulties. We found that talking about the airport and flying with L ahead of time, explaining to him how things work in the airport as we passed through each section, and allowing him space and time to familiarise and calm himself as needed were effective in making it a pleasant experience for him. L dislikes the unknown and anything that interferes with his routine, and so keeping him fully informed and reassured at all times was key in making his first air travel experience a positive one. We plan to load up his Kindle Fire with movies so he can put his earphones in and just tune out on our next flight. 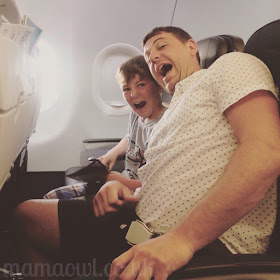 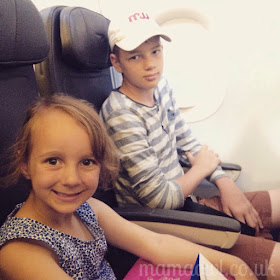 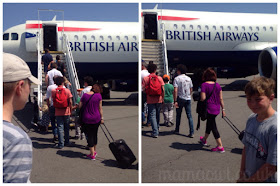