Recently in the media there have been many reports on the chronic under-representation of women in STEM (Science, Technology, Engineering, and Maths). I've seen it everywhere, from newspapers to posts on Instagram - you should check out the IG hashtags #GirlsinSTEM and #WomeninSTEM for awesome and inspiring stories of women and girls pursuing careers in STEM fields - and think it is wonderful, as a mother of two daughters I want them to reach for the stars and to know that they are capable of anything and can be whatever they want to be, and likewise for my 3 sons to support and empower their sisters in the pursuit of their dreams and future careers.

A will be heading off to university in September this year to study Sociology and American Studies, she has a goal in mind and has been working hard to reach it. E has just turned 6 and still has years left to decide what she wants to be, and I hope that she will be encouraged during her remaining school years to consider all possibilities and "think outside the box" before she decides on a final career path. As her mother I will be encouraging her to try out as many different things as possible before she moves on to the next stage of education and employment at 18, but I understand that before we reach that point - she can be influenced and inspired through play. 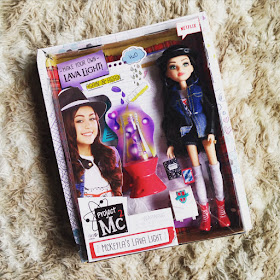 Project Mc2 is a collection of award-winning dolls that seek to inspire girls to explore a future in STEM (and STEAM, including Art) in a way that hasn't been done before.

"Project Mc2 is on an important mission to help advance girls in the areas of S.T.E.A.M. (Science, Technology, Engineering, Art and Maths). Project Mc2 is loved by both girls and adults for the fun experiment sets, fashionable real-girl inspired dolls and Emmy nominated Netflix original series. Project Mc2 also empowers girls to explore S.T.E.A.M related themes in a way that's relatable and engaging to them. The Project Mc2 brand believes "Smart is the new Cool" - and we want girls everywhere to celebrate it!"

Having had the pleasure of owning a myriad of various toys and games in the almost 18 years that I have been a parent I have to say that the Project Mc2 collection is a breath of fresh air in terms of dolls. Like many children, E loves her doll collection and has amassed several boxes of them (after inheriting her sister's collection some years back) which she drags out and spreads across the living room most afternoons after school. What I particularly like about the Project Mc2 dolls (RRP £24.99) is that each character has her own set of skills from coding, chemistry and digital technology and also comes complete with their very own experiment for your child to carry out at home. They can build McKeyla’s lava lamp or Camryn’s skateboard, make Adrienne’s volcano erupt or Bryden’s glow stick light up, and all of the experiments use products you can find in your store cupboard at home (things like vegetable oil, and tonic water). 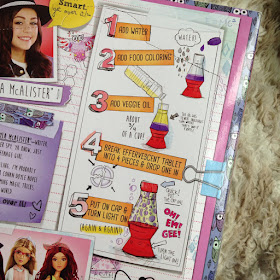 E was sent the McKeyla McAlister doll to review which includes the lava light experiment and received a big thumbs up from E. She loves crafting, and making & building things so a doll that has its own experiment that she can use again and again with different food colourings (perhaps even a bit of glitter to mix things up a bit) was going to be a surefire hit. So much so that we bought her another doll from the collection, Bryden Bandweth (who comes with a glow stick), for her birthday last week. 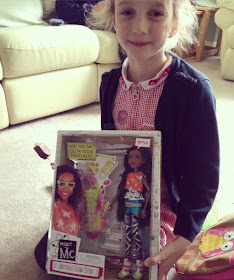 Visit www.ProjectMc2.com where your child can become an honorary member of NOV8 and play games, take quizzes, watch videos, learn more about the girls from Project Mc2 and even ask them questions. Download the free app, Project Mc2 Case Files, from the App Store to go on missions for NOV8. Collect evidence and analyse the clues to solve the case. If your child is playing on a smart phone, they can pop the device into the A.D.I.S.N. Notebook for added secret spy mission play, just like McKeyla McAlister. Use the key code in the back on the booklet included with A.D.I.S.N. to unlock even more clues - with over 1000 missions to play on the app, NOV8 will certainly keep them busy.

E received a complimentary McKeyla McAlister doll for review purposes. All words and opinions are our own.
Unknown at 07:00
Share