FRIGHT NIGHTS at Thorpe Park Resort - DO YOU DARE?

On Thursday night Thorpe Park Resort held a preview evening of this year's FRIGHT NIGHTS, which is also an anniversary celebration of 15 years of FEAR! I attended with the Mister, our eldest son J (15) and his friend C. As the experiences are quite intense, they are not recommended for children under the age of 13 or for those with a more sensitive disposition so we left the younger kids at home with their grandparents. 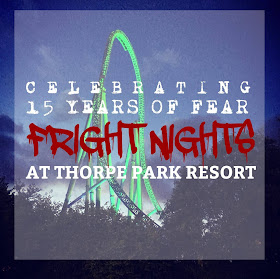 Our evening started with being chased across the car park by zombies and verbally abused by a bad tempered clown, the characters throughout the evening were brilliant and not a single cast member broke character even when they were simply crossing the park from one attraction to another (making eye contact usually resulted in you being chased or growled at!). We enjoyed wonderful hospitality from Thorpe Park on our arrival with delicious refreshments at Fin's Bar & Grill before making our way in to the park to face our fears & see just what #FRIGHTNIGHTS2016 had to offer! 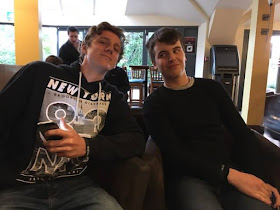 My biggest fear is clowns so I admit that visiting The Big Top was not particularly appealing, but if you're going to do FRIGHT NIGHTS then you absolutely have to give everything a go - that's all part of the fun! We enjoyed several turns on all of the big rollercoasters - SAW: The Ride (my first time, and it was absolutely gut wrenching!), Stealth, Colossus, Nemesis Inferno, and The Swarm - as well as a turn on the Samurai, and we managed to get around all of the mazes except Containment over the course of the evening. A highlight was Derren Brown's Ghost Train, I won't give anything away but it's an intense and exciting new experience that must been seen to be believed. 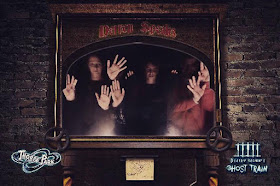 The Big Top was as petrifying as expected with lighting effects that played with your mind, so when clowns leapt out of nowhere it was even more terrifying because you couldn't possibly have seen it coming! It was fantastic and frightening all at the same time, we ran out of there not knowing whether to laugh or cry! The Cabin in the Woods was equally as freaky, after choosing a door to go through we were met with lots of weird and scary characters throughout making us jump out of our skin at every turn. Blair Witch left us screaming in terror as we walked through the darkest woods I think I have ever been in, as cast members appeared from the shadows and frightened the bejesus out of us - my live feed on Facebook might have been shot in complete darkness but the viewers were left in no doubt as to how scared we all were! 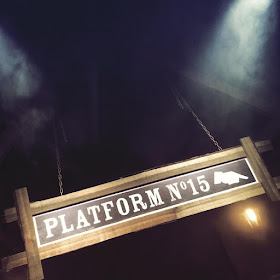 So much work has gone into the creation of these attractions and experiences, the attention to detail from props and sets to characters and stories is phenomenal and the actors are flawless. Thorpe Park have pulled out all the stops to ensure that this year's FRIGHT NIGHTS is the scariest yet. The mazes are cleverly thought out and will have you torn between shrieking with fear and screaming with laughter. Fantastic fun and spookily brilliant - FRIGHT NIGHTS 2016 is absolutely not to be missed!
You can book tickets online at ThorpePark.com, and don't forget that my competition to WIN 4 tickets to FRIGHT NIGHTS is open until midnight on October 12th. 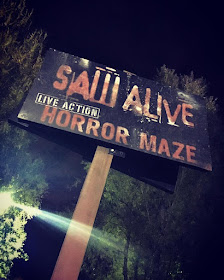 We visited Thorpe Park Fright Nights for review purposes. All words and opinions are our own.
Unknown at 07:00
Share